Warning: This is a warning alert!

When you buy a Stand For Trees certificate, you are helping to fight both tropical deforestation and climate change.

You are helping to save some of the world’s most spectacular forest landscapes.

And you are helping to protect the communities and wildlife that call them home.

Find out how below.

Tropical deforestation has many causes.

Tropical forest countries are mostly developing, with few economic opportunities. Unfortunately, that means the only way for people to earn money or to feed themselves is by clearing their forests to produce something that they can sell or eat. That could be farming for food, industrial development, or anything in between. But the underlying incentive is the need to earn an income.

Standing forests have to provide value to these countries and communities. Otherwise, they will always be at risk.

Fortunately, Stand For Trees lets you help us fix this. That’s because we use a model called REDD+, which is set up to solve exactly this problem.

Whether individual actions, industrial development, or anything in between, the underlying incentive is the need to earn an income. 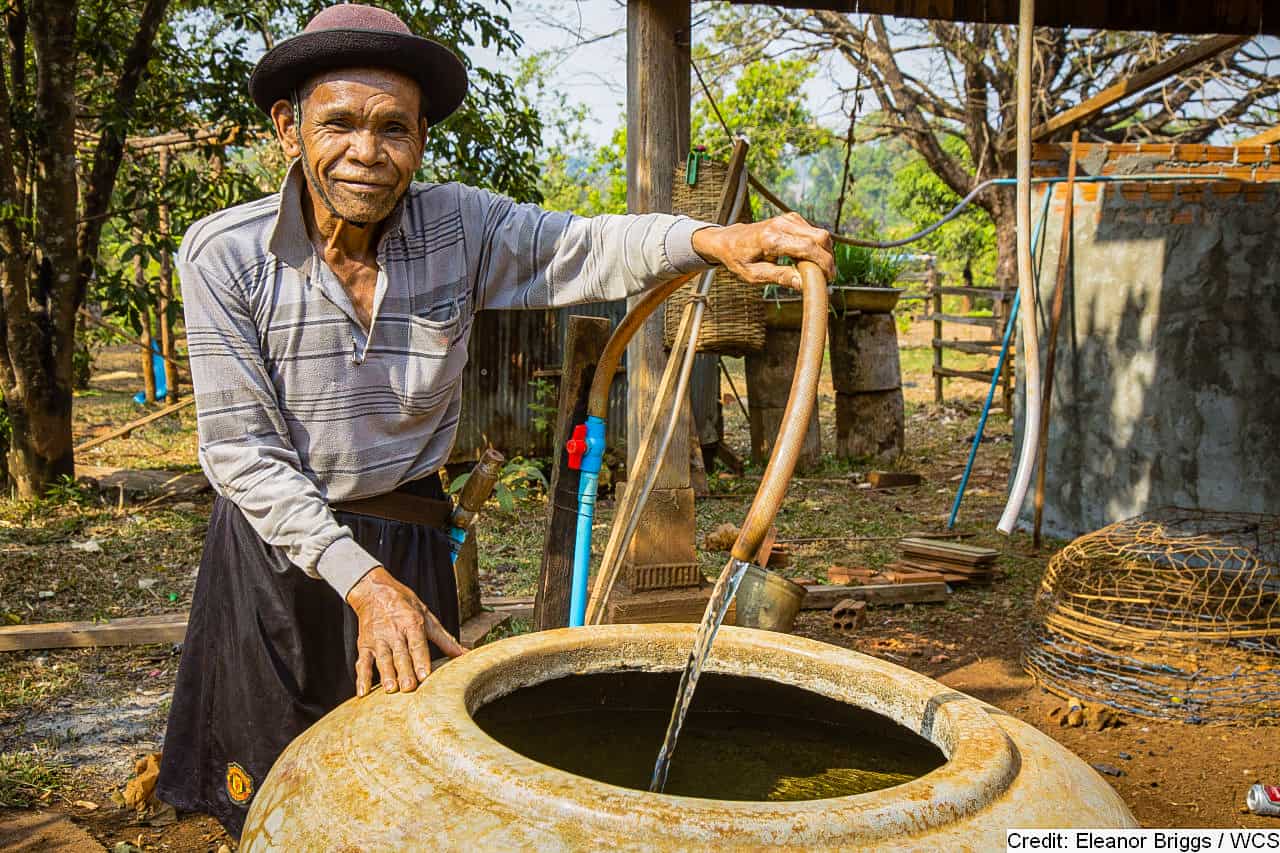 REDD stands for Reducing Emissions from Deforestation and Degradation. It’s a UN-approved model specially created to fight climate change by saving forests. The ‘+’ represents all the other things we get from forests. Like biodiversity, livelihoods, wildlife habitat, and much more.

If we don’t stop climate change, we know it’s going to have devastating effects on the world. Extreme weather and natural disasters, like hurricanes, droughts, fires, or flooding, will probably become much worse. These damage homes and cities, and displace people. They also destroy crops and agriculture, leading to food shortages and maybe even famines. All of these hurt people – and they cost society a lot of money. And that’s why we can say that it’s also worth a lot of money to stop climate change.

You may be wondering how this is related to forests. Trees, roots, and soils store carbon dioxide, and lots of it. So keeping them standing avoids releasing carbon into the atmosphere.

We can count how much carbon they store, which means we know how much they’re contributing to stopping climate change. And because that’s worth money, standing forests are worth money too.

But how do we make that real? Through carbon credits, based on the amount of carbon in the forests. That’s what REDD+ does.

When keeping forests standing is worth real money, suddenly there’s an alternative to cutting them down. And then the carbon stays in the ground.

That’s what Stand For Trees certificates represent. Each is worth a fixed amount of carbon not emitted because a forest is keeping it safely stored. Buying one means you are helping to create a real alternative to deforestation and to climate change.

Our projects are the link between you and the forests. They measure the carbon in the forests, stop deforestation, and set up the system for receiving REDD+ payments. To qualify, they have to prove the forests aren’t being cut down.

More on this below.

REDD+ makes payments when – and only when – project operators prove that they have stopped deforestation. This means that with Stand For Trees, you’re paying for performance.

Compare this to campaigns, which may or may not be successful. Of course, campaigns have their place, and some can be very successful. But a campaign is like funding a Kickstarter, versus going into a store to buy a proven and ready product.

We can say this because our projects use the Verified Carbon Standard (VCS) developed by Verra. It’s one of two leading standards and has extremely rigorous requirements. First, a neutral third party has to verify that the forests were under threat in the first place. This is to make sure that the project is actually preventing carbon emissions.

Then, and only then, does the project get its carbon credits. And that’s when we are able to bring them to you. 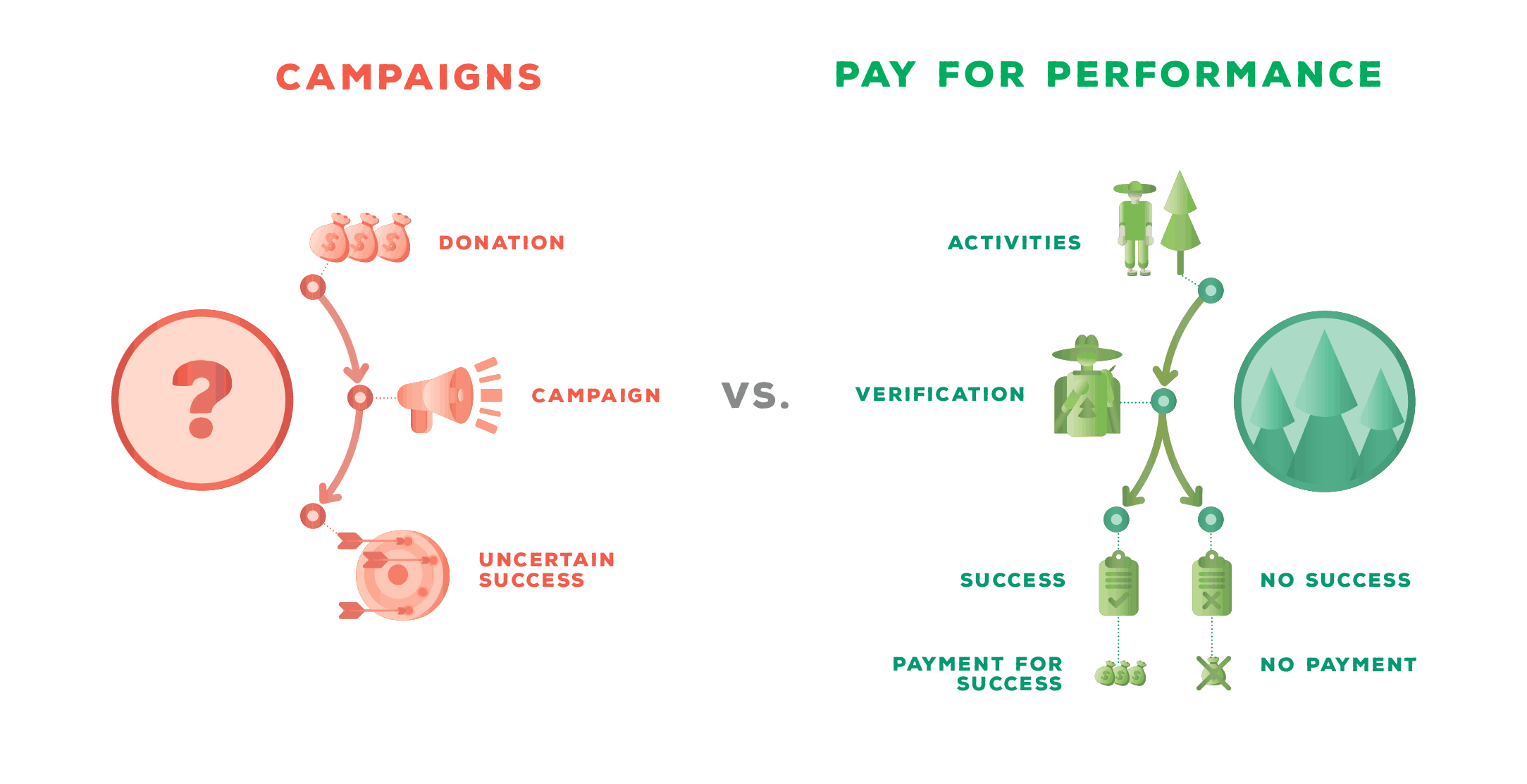 Each carbon credit has a unique serial number. The world’s leading environmental registry provider, Markit, holds them in trust.

When you make a purchase, we (through Markit) retire the credit permanently. Nobody else can buy it; your contribution is yours and yours alone.

Forests are incredible places because they store far more than just carbon. They host wildlife, support communities, and maintain ecosystems. And we have to make sure our projects protect all those things, too.

Verra also manages the CCB standard. It is only awarded to projects that can prove that they create exceptional benefits for communities, ecosystems, and wildlife.

Not only that, it requires plans for creating alternatives to deforestation. These include creating jobs and reducing poverty. They also include building or improving critical services like schools, health clinics, and clean water, among others. So, when you buy a Stand For Trees certificate, you are:

We’ve gone from global climate change to forests to local communities. Let’s put it all together.

With REDD+, fighting climate change is just the tip of the iceberg. It helps communities get healthier and stronger. It safeguards vital habitats, many of them home to endangered species. And it helps to create fresh air and rainfall for all living things on the planet.

We think that’s no small thing.